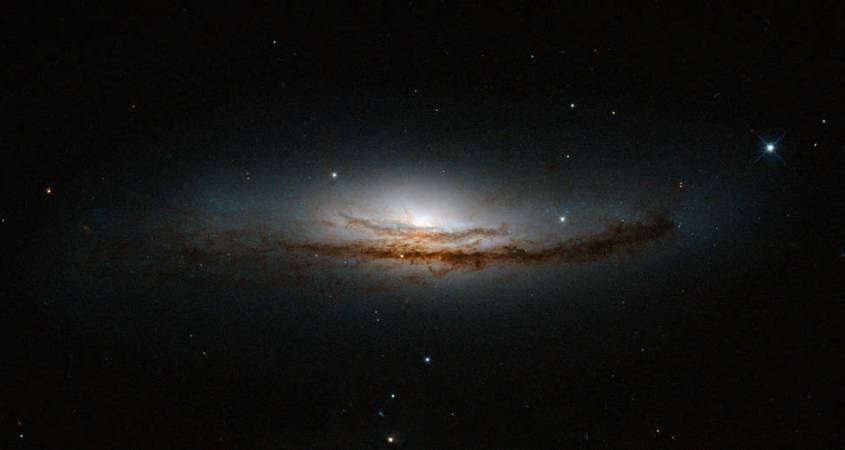 Electric Universe Theory could become a topic in politics. Republican Candidate Ben Carson has expressed his doubts about the “Big Bang” theory in interviews this past week. “Science” bloggers have tried to make him into a “flat earth” crazy for having his doubts. We need to set the record straight.

Far from being an ignorant flat-earther, Ben Carson is on the cutting edge of science. He is best known for leading one of the most complex neurosurgeries ever performed. In 1987, he directed a team of seventy doctors to successfully separate twins born co-joined at the head.

He was named one of the nation’s 20 foremost physicians and scientists by Time Magazine and CNN, a “Living Legend” by The Library of Congress, and was awarded the Presidential Medal and the Ford’s Theater Lincoln Medal by President George W. Bush.

There is even a made for TV documentary about him, “Gifted Hands,” starring Cuba Gooding, Jr. His scientific credentials far exceed those who criticize him.

He isn’t questioning Big Bang theory out of ignorance. He questions it because he’s a scientist. Few people outside the scientific community know this, because you won’t hear it from media, or scientists, but Big Bang cosmology is in serious trouble. It simply does not describe the Universe we see and cannot be validated.

The theory predicts a multitude of strange matter and energy that is not evident anywhere in the cosmos. New observations usually result in setbacks for the Big Bang, finding things it does not predict and not finding the things it does.

The theory predicts that the Universe we see, with telescopes scanning space in every wavelength of the spectrum, is less than 4% of what’s out there. The other 96%-plus is assumed to be composed of “dark energy” and “dark matter.” They are “dark,” because they can’t be found. Dark energy and dark matter aren’t only invisible, scientists don’t know what they are.

Dark matter is thought to exist in a cloud around galaxies. They believe this because their model cannot explain spiral formation in galaxies without inventing something to hold them together. Yet they cannot find, or even describe what this dark matter is – they are just guessing.

Dark energy is believed to exert a force expanding the universe. Yet they can’t find it, or describe it’s properties. They can only say what it isn’t. Again, they are just guessing.

They have been guessing for almost a century now. Are we to believe in a theory that cannot describe 96% of the Universe? What kind of science is that? It’s nothing more than a plea of faith that the scientists know anything at all. Don’t we already have religions for that?

It cannot explain what gravity is, or why the Sun and the Earth interact instantaneously through gravity in order to maintain a stable orbit. There is no time lag for interaction at the speed of light and they can’t explain why.

General Relativity cannot be reconciled with other physics. The quantum behavior of nuclear physics can’t be explained in terms of General Relativity and attempts to reconcile it with quantum mechanics have never come close to succeeding. Everyone knows something is missing.

General Relativity is conceived on the notion of space-time – Einstein’s cosmic fabric of four dimensions. Dimensions are just measurements. Measurements can be manipulated with mathematics to create a landscape, like a topographical map. But a map only describes the landscape – it doesn’t tell you what’s in it, what it’s doing, or what it is. Some of our scientists have confused the map with reality.

Look at reports from any NASA team after they obtain new observations. They begin with, “We didn’t expect this..,” or “Team is surprised…” Of course they are surprised. The “Where’s Elmo?” theory fails to predict anything real – only unknown, unseen “holes” and “dark” stuff.

There is alternative science that explains our Universe with elegance and predictive accuracy, and without inventing imaginary matter and energy. The amazing thing is, it’s all classic physics. The Universe is full of electromagnetic energy – we see it on the Sun, we see it in comets, we see it on Pluto and every other planet and moon in the solar system. It is the organizing power we see all around us. Plasma is the reason.

Plasma is a fundamental state of matter, like solid, liquid or gas. It is the fourth and most abundant state of matter. Plasma is what we see in a flame, a lightning bolt, the aurorae at Earth’s magnetic poles and neon lights on beer signs. It’s a mixture of electrons and ions. An ion is a particle with one or more electrons stripped away, making it positively charged. Because plasma always has electrical charge in its electrons and ions, it produces magnetic fields.

As anyone who has used a magnet knows, they have the ability to pull things together and force them apart. Two like  charges push each other apart with great force. Two unlike charges, one positive, one negative, attract each other. That’s why a magnet sticks to the refrigerator door on one side, but falls off if it’s turned upside down. The force of even a small refrigerator magnet is able to overcome gravity with a force trillions of times stronger.

According to new theories coming from a rogue group of scientists from the world of applied science, rather than the institutionalized echo-chamber of theoretical cosmology, electricity and magnetic fields energize the Universe we see. It’s obvious what they propose makes good sense. All of the stars, and all of the galaxies, and all of the bright nebula, and all of the filaments of energy we see in the Universe is plasma. And all of it contains electromagnetic energy.

Big Bang cosmology disputes this, believing the weak force of gravity alone makes the universe work to create stars and galaxies. They assume all the ions and electrons cancel each other out, so they don’t have an effect on anything. This notion is absurd if you think about it. And adhering to it in the face of evidence makes it obvious theoretical physicists are just protecting their interests.

Look at photos from the Hubble telescope and you will see bright, multicolored objects – planetary nebula, stellar novas, galactic nebula and spiral galaxies. They are all neon bright clouds of plasma, often forming organized patterns – spirals, hourglass figures and thousands of light year’s long beams of plasma. Gravity can’t do that.

What ‘Where’s Elmo?’ science does not recognize is the fact plasma does not allow the electrons and ions to cancel each other out. The positive and negative charges have magnetic fields that push and pull them around. The particles can’t fly in straight lines, running into each other like billiard balls, cancelling each other out. They are pushed and pulled in directions that separate the charge. The more they move the stronger the magnetic fields become, and particles organize into regions of magnetic fields and current flow, rather than dispersing like an inert cloud of dust.

Plasma is unique in it’s ability to self organize, creating sheaths of magnetic fields around current. Of course it’s a bit more involved than that, but I’ll let plasma physicists explain the details. This is a phenomena that electrical engineers and plasma physicists in applied science work with every day. It is known science developed by Nobel laureate scientists, backed by a century of repeatable experiment and observation. Big Bang theorists just refuse to consider it, preferring instead to support a theory they have invested their careers and our tax dollars into proving – without success.

Ben Carson is 100% right to question them.